A Truth Journal: GOP AND Hillary 2016: Get Serious Or Step Aside, Middle Class Is Fed Up A Truth Journal: GOP AND Hillary 2016: Get Serious Or Step Aside, Middle Class Is Fed Up:

From Denny:  Voters for the Democrats, and Republicans alike, are looking all around for a political leader who will, well, lead.  Fourteen years of unadulterated insensitivity and outright political inaction geared toward the majority of the country have all combined to create a ground swell of bitter resentment and grousing that hasn't been seen in decades in this country against both political parties, especially the Republicans.

The Middle Class is fed up with insincere speeches on economic progress, the drumbeat to go to war with ground troops yet again in the Middle East and lame political platitudes on every domestic issue. The Middle Class is disgusted and angry with Wall Street hand holding.  Voters of both political parties are angry with the gentle wrist slapping of cheap fines for business crimes instead of jail time.  Most of all The Middle Class is furious at the overt Good Ol' Boy Winks of government collusion that continues to create an environment of a stagnant U. S. economy and the constant evaporation of well paying jobs in favor of feeding The Beast of Greedy Corporate Profits while starving the people... 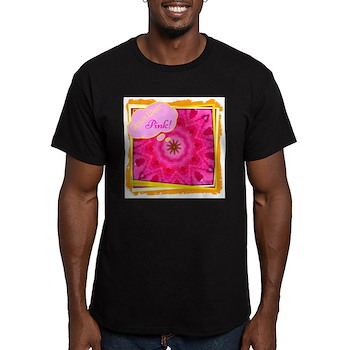 Help support breast cancer awareness and hope for the cure!
Visit Denny Lyon Gifts  @ CafePress.com  -  see what's new!  And a special thanks to those of you supporting this effort!  You rock!  Currently, proceeds go to Greater BR Food Bank and St. Jude's Children's Hospital.

Related Articles
Funny Whiner Russia To UN: "You Are Not The Boss Of Me!"

September 11th, Terrorism 13 Years Later: What Have The Saudis Done To Prevent Another?

Where Is MIA Obama ISIS Strategy? How Do Misleading News Producers Impose Perceptions?

POW Bowe Bergdahl: 8,000 Afghan-Iraq War Deserters. Why Is America Attacking THIS One?

How World Governments Got Incompetent

222 News Links: 50 Years Later, President JFK Assassination. Are We Any Closer To Knowing The Truth?

Subscribe to A Truth Journal
* Check out Dennys News Politics Comedy Science Arts & Food - a place where all my 24 blogs link so you can choose from among the latest posts all in one place. A free to read online newspaper from independent journalist blogger Denny Lyon. *

*** THANKS for visiting, feel welcome to drop a comment or opinion, enjoy bookmarking this post on your favorite social site, a big shout out to awesome current subscribers – and if you are new to this blog, please subscribe in a reader or by email updates!